The Ultimate Guide to Helm Charts 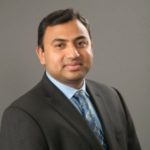 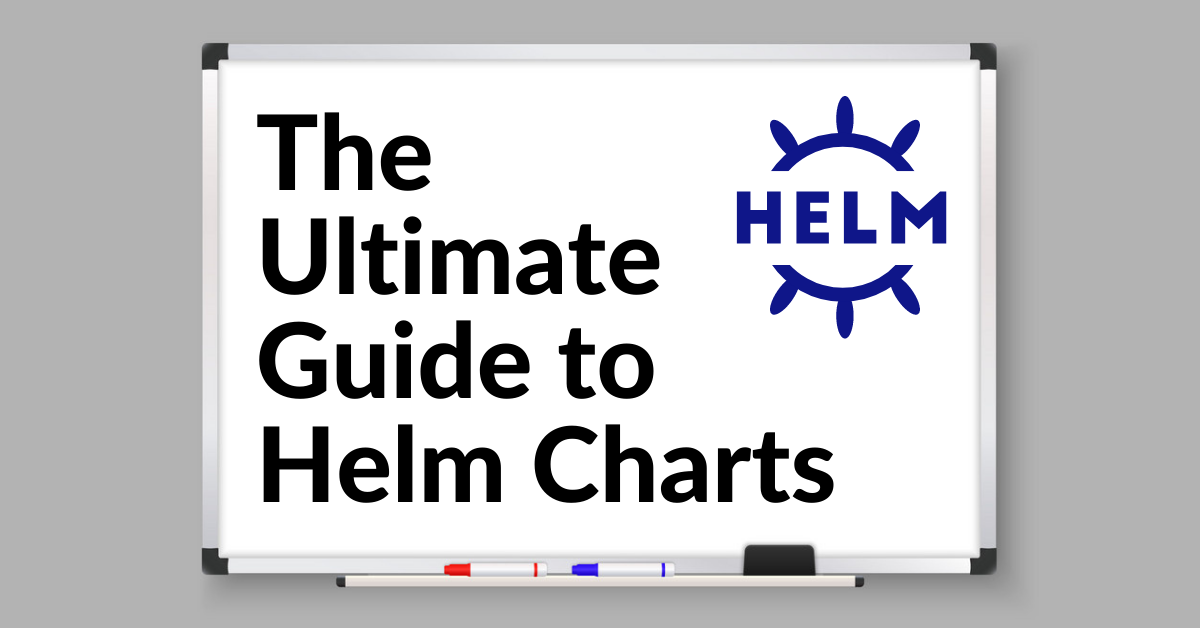 The declarative model of Kubernetes uses Kubernetes Objects stored in configuration files which are essentially a set of YAML files. For every version and instance of a Kubernetes application that DevOps personnel deploy and run in their environments, a set of YAML files need to be created and managed. Even the simplest of the applications have a few dependencies that need to be instantiated using YAML files. As the number of applications and clusters grow, managing and versioning these YAML files on a per-application basis can become quite complicated to manage.

One of our customers has deployed a three-tier web application consisting of PostgreSQL database, Django backend, UI and NGINX as frontend along with a messaging service like Kafka and Redis for caching. For each deployment of this application in Kubernetes, it takes 20 YAML files. The customer has 3 development, 1 QA, 1 staging, 1 pre-production, and 1 production environments. In all, the DevOps team had to manage a total 140 YAML files. However, by using Helm charts, the DevOps team is able to reduce this to just 20 templates and one simple additional environment-specific file!

In this post, we will introduce Helm charts, how they are typically used, and discuss how Helm Charts can simplify the life of DevOps teams.

Helm is a package manager for Kubernetes. It is the apt, yum, or homebrew equivalent for Kubernetes. The fundamental unit of Helm is a Helm chart. A set of Helm charts together form a packaged application that can be deployed as one unit. Helm serves two main functions:

How Can Helm Simplify the Life of DevOps?

Setting up and deploying a Kubernetes application involves creating multiple Kubernetes resources such as secrets, config maps, services, deployments, etc. Each of these resources requires a YAML file with hard-coded values. For example, if we want to just deploy an instance of MySQL database, it requires 3 resources to be created in Kubernetes: Service, Secrets & Deployment.

Helm charts simplify the process of creating and deploying an application by combining the YAML files into a single package that can be advertised to a Kubernetes cluster. From there on, installing an application is as simple as executing the helm install command.

To understand how Helm can simplify the deployment of an application, let’s take a look at the components of a Helm chart first. A new Helm chart can be created by executing the command helm create <chart-name>. This creates a directory structure as shown below:

Now, let’s take a look at how all these work together. For the MySQL example, the Templates directory will contain the deployment.yaml, secret.yaml and service.yaml files. However, the container image name and tag (version) fields are configured as variables. The actual container image name and tag values are stored in the values.yaml file. When you execute the command helm install <app-name> <chart-name>, the Helm Template Engine picks up the Kubernetes YAML files from the Templates directory, injects the values configured for the variables in the values.yaml file to produce a single comprehensive Kubernetes YAML file, also known as the manifest file.

Going back to the web application example, by using Helm, we can maintain the number of Kubernetes YAML files stored in the Templates directory to be a constant at eight and create environment-specific short values.yaml file. This reduces the significant number of YAML files to be maintained and managed over time. With this design and architecture, Helm offers significant benefits to developers and DevOps personnel as follows:

Now that you have learned the fundamentals of Helm, let’s take a look at some of the useful Helm commands, tips, and tricks:

DevOps and application teams can use Rafay to dramatically accelerate and streamline the deployment and ongoing operations for their Helm charts. Some of the core benefits provided by Rafay are described below.

With Rafay, DevOps teams can fully automate the deployment of their Helm chart based workloads by using the integrated, multi-stage, pull-based GitOps pipelines.

In production environments, customers can leverage Rafay’s drift detection and avoidance capabilities to simplify governance. DevOps team can ensure that no unauthorized or accidental configuration changes are carried out by team members on production infrastructure by easily configuring a drift block. If DevOps teams prefer to have developers make changes in production as needed, drift notification can be configured for tracking purposes. These options can be easily selected via the Rafay UI (shown below) or via the Rafay CLI. 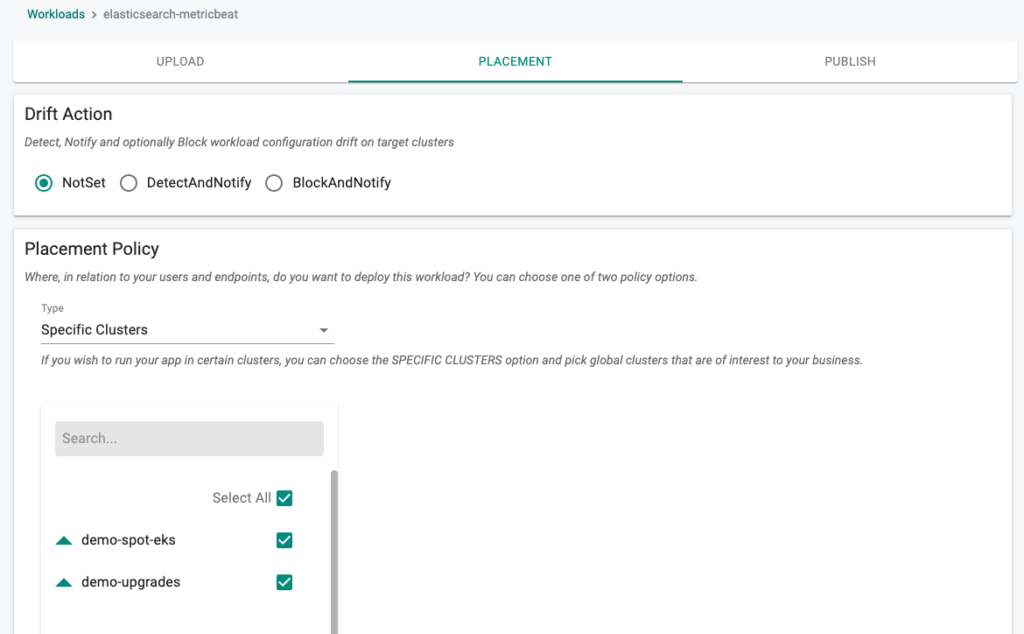 Use Rafay to deploy Helm chart-based workloads to 10s, 100s or 1000s of remote clusters in one shot, enabling critical automation for edge deployments.

DevOps teams can abstract cluster details (name, identity, etc.) from their deployment pipelines for their Helm chart based workloads by implementing placement policies driven by Location and Cluster Labels.

Companies can deploy Helm chart-based workloads to one or more specific locations by using the Location Based Placement Policy as shown below (and manage drift, see above): 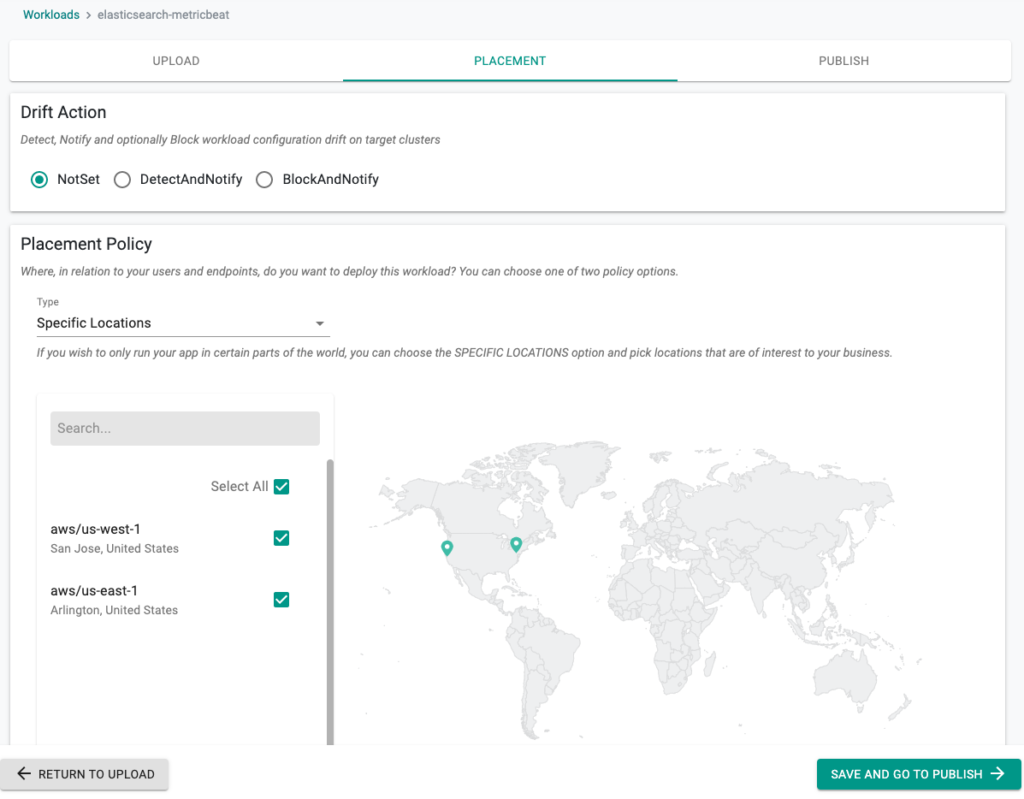 Companies can deploy Helm chart-based workloads to one or more specific clusters by using the Cluster Label Based Placement Policy as shown below: 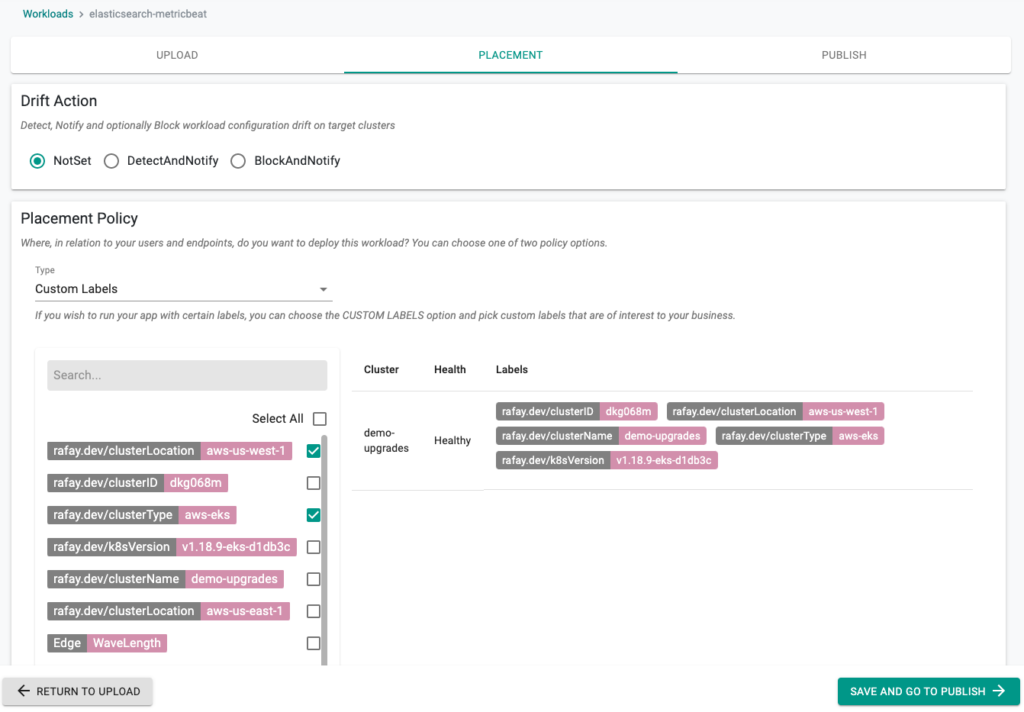 Helm charts are a very powerful tool that can help standardize your Kubernetes deployments and avoid reinventing the wheel over and over. Helm charts improve the productivity of DevOps and application teams by abstracting the complexities of Kubernetes YAML files and enable organizations to easily adopt Kubernetes without a big Kubernetes learning curve. Rafay takes it to the next level by deploying and managing Helm chart-based workloads to multiple environments from edge to cloud with Location- and Cluster Label-based placement policies and providing drift controls to maintain the fidelity of Kubernetes clusters.

To learn more, check out these Helm resources: